How do we accelerate legitimate stem cell therapies while protecting patients from fraudulent clinics?

While many promising stem cell therapies are in development for heart disease, macular degeneration, Parkinson’s disease, and more, ‘bad actor’ clinics worldwide are exploiting the excitement around stem cells to sell expensive, unproven therapies to vulnerable patients with limited options. These therapies are not only fraudulent and ineffective, but have in many cases caused significant harm to patients. Despite significant federal efforts to shut down these clinics, they continue to proliferate in the United States, creating challenges for regulators and patients alike. 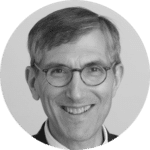 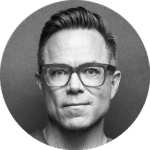 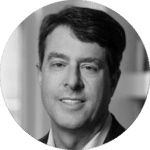 Peter Marks received his graduate degree in cell and molecular biology and his medical degree at New York University and completed Internal Medicine residency and Hematology/Medical Oncology training at Brigham and Women’s Hospital in Boston. He has worked in academic settings teaching and caring for patients and in industry on drug development. He joined the FDA in 2012 as Deputy Center Director for CBER and became Center Director in January 2016.

Timothy Caulfield is a Canada Research Chair in Health Law and Policy, a Professor in the Faculty of Law and the School of Public Health, and Research Director of the Health Law Institute at the University of Alberta. His interdisciplinary research on topics like stem cells, genetics, research ethics, the public representations of science and public health policy has allowed him to publish over 350 academic articles. He has won numerous academic and writing awards and is a Fellow of the Royal Society of Canada and the Canadian Academy of Health Sciences. He contributes frequently to the popular press and is the author of two national bestsellers: The Cure for Everything: Untangling the Twisted Messages about Health, Fitness and Happiness (Penguin 2012) and Is Gwyneth Paltrow Wrong About Everything?: When Celebrity Culture and Science Clash (Penguin 2015). His most recent book is Relax, Dammit!: A User’s Guide to the Age of Anxiety (Penguin Random House, 2020). Caulfield is also the host and co-producer of the award winning documentary TV show, A User’s Guide to Cheating Death, which has been shown in over 60 countries, including streaming on Netflix in North America.

Dr. Fossati leads NYSCF’s multiple sclerosis (MS) program and is a NYSCF–Druckenmiller Postdoctoral Fellow Alumna. She obtained her PhD in Biotechnology from the University of Bologna, and during her postdoctoral work at Mount Sinai School of Medicine, she studied immune system development. After being diagnosed with MS in 2009, Dr. Fossati shifted her research to better understanding this disease. Bringing stem cell expertise to MS research, she uses methods she has developed to convert patient stem cells into all major brain cell types, with the ultimate aim of enabling drug discovery and cell replacement therapies.

Jeffrey Kahn, PhD, MPH, is the Andreas C. Dracopoulos Director of the Johns Hopkins Berman Institute of Bioethics, a position he assumed in July 2016. From 2011, he has been the inaugural Robert Henry Levi and Ryda Hecht Levi Professor of Bioethics and Public Policy.  He is also Professor in the Dept. of Health Policy and Management of the Johns Hopkins Bloomberg School of Public Health.  He works in a variety of areas of bioethics, exploring the intersection of ethics and health/science policy, including human and animal research ethics, public health, and ethical issues in emerging biomedical technologies. 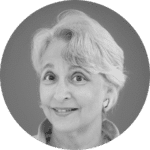