The awards provide critical seed funding – $1.5 million over five years –  for scientists who have established their own, independent laboratories within the last five years. This year, three scientists joined the twelfth class of NYSCF – Robertson Stem Cell Investigators and three others joined the eleventh class of NYSCF – Robertson Neuroscience Investigators – both of which were announced this morning at the annual NYSCF Conference, currently underway .

“The NYSCF – Robertson Investigator Program has allowed us to build a pipeline of the most promising young researchers worldwide, which has helped us and the entire field to deliver better treatments and cures to patients,,” remarked NYSCF CEO Susan L. Solomon, JD. “These highly competitive awards provide talented early-career scientists with unrestricted funding that allows them to ask big questions and follow the most promising science.”

To date, the NYSCF global community includes 71 NYSCF – Robertson Investigators and Alumni at 45 institutions throughout the world. This community also includes 77 NYSCF – Druckenmiller Fellows and Alumni as well as scientists and engineers conducting research at the NYSCF Research Institute.

“I’ve been a member of the NYSCF community for many years now, and I am pleased to welcome these outstanding scientists into the family,” noted Dr. Amy Wagers, Forst Family Professor of Stem Cell and Regenerative Biology at Harvard University. “NYSCF plays a crucial role supporting and connecting scientists around the world, and the 2021 Investigators will no doubt serve as exceptional additions to this critical network.”

“It is always an honor to serve on the selection committee for these important awards,” said Jonathan Flint, MD, Professor-in-Residence in the Department of Psychiatry and Biobehavioral Sciences at University of California, Los Angeles and Chair of the NYSCF – Robertson Neuroscience Investigator Awards selection committee. “The 2021 NYSCF – Robertson Investigators represent the exciting future of the field, and I am looking forward to seeing all that they will accomplish in the coming years.” 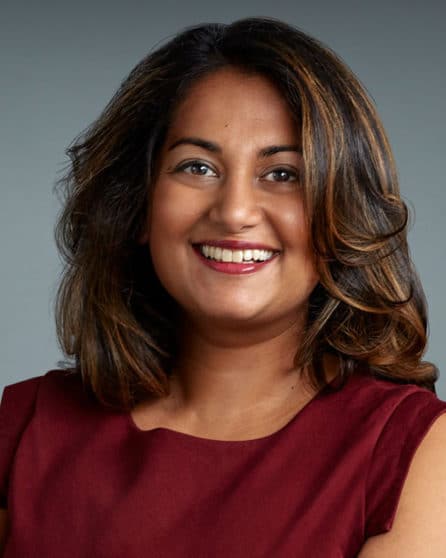 Shruti Naik, PhD
Dr. Naik is an Assistant Professor at New York University Grossman School of Medicine. Her lab studies the crosstalk between immune cells, stem cells, and microbes in barrier tissues such as the skin, lungs, and gut to understand how immune and microbial signals guide function and contribute to disease. She received her PhD from the University of Pennsylvania-National Institutes of Health Graduate Partnership Program and completed her postdoctoral training at The Rockefeller University. 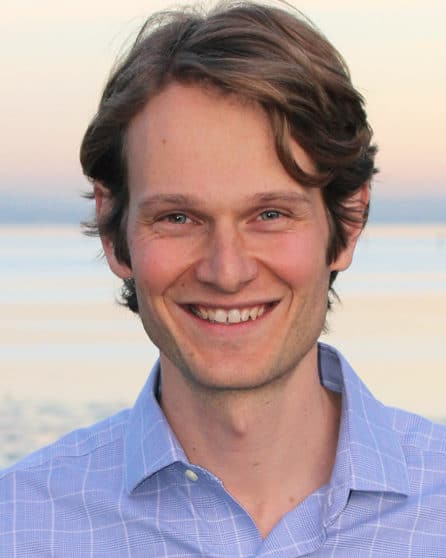 Alex Pollen, PhD
Dr. Pollen is an Assistant Professor at the Department of Neurology at the University of California, San Francisco. His lab combines advances in single cell genomics, genome engineering, and great ape cerebral organoids (3D brain tissue structures made from stem cells) to identify genomic differences underlying unique features or vulnerabilities of the human brain. Ultimately, he aims to identify human-specific mutations that are linked to specializations of the human brain and recently evolved traits, which may also explain the selective vulnerability of human neurons to neurodegenerative disorders. He received his PhD from Stanford University and completed his postdoctoral training at the University of California, San Francisco. 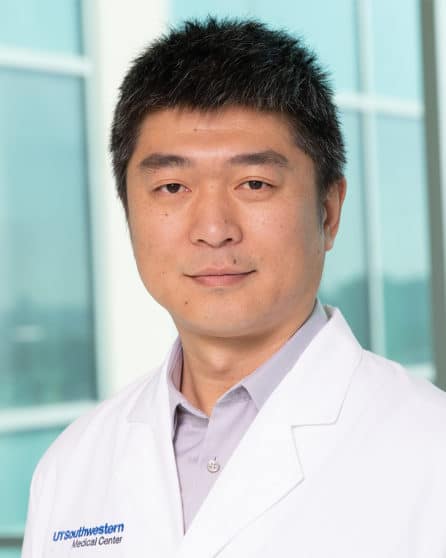 Jun Wu, PhD
Dr. Wu is an Assistant Professor at the Department of Molecular Biology at UT Southwestern Medical Center. His work has contributed to the development of new cell culture systems and methods that enable the generation of pluripotent stem cells for basic and translational studies. His lab mainly focuses on using stem cell models and interspecies chimeras (a mix of cells from different species) to gain insights into mammalian development and evolution, as well as to shed light on strategies to someday grow functional, transplantable human organs using animal hosts. Dr. Wu received a PhD from the University of Tennessee, Knoxville, and completed his postdoctoral training at the University of Southern California and the Salk Institute. 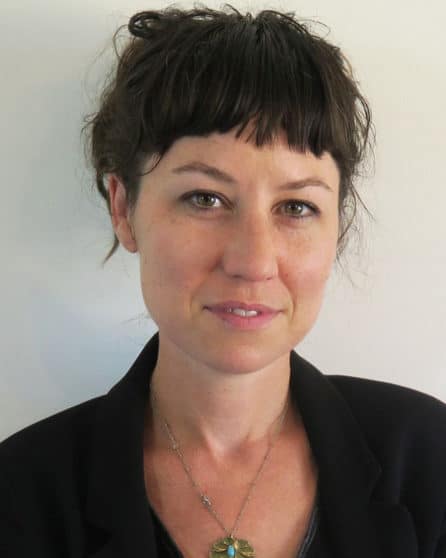 Annegret L. Falkner, PhD
Dr. Falkner is an Assistant Professor at the Princeton Neuroscience Institute, where her lab focuses on understanding how social experiences, including social dominance and defeat, change neural circuits in the brain and alter information flow to change behavior. She aims to understand how changes to this network may underlie the ability for an individual to display adaptive behaviors, including resilience in the face of social stress. She received her PhD from Columbia University and completed her postdoctoral training at New York University. 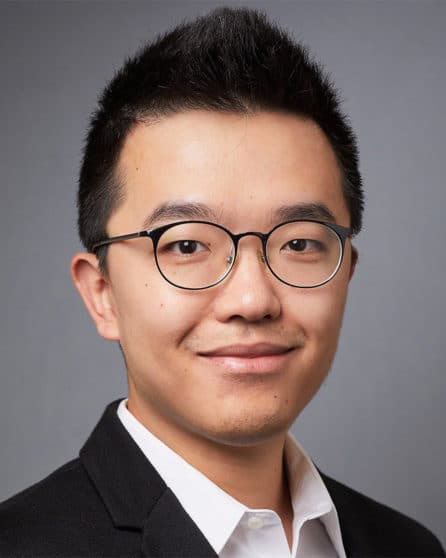 Junjie Guo, PhD
Dr. Guo is an Assistant Professor at the Department of Neuroscience at Yale University School of Medicine, where his lab is developing and applying new tools to investigate RNA-based gene regulatory mechanisms in the nervous system. His research aims to understand how these mechanisms may be specialized in the nervous system as well as their roles in neurodegenerative diseases. He received his PhD at Johns Hopkins University and completed his postdoctoral training at the Whitehead Institute/MIT. 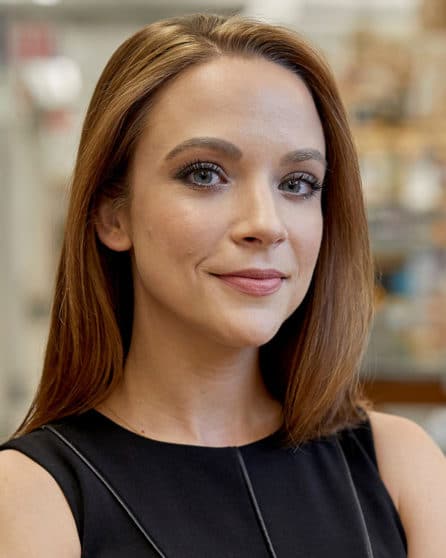 Lauren Orefice, PhD
Dr. Orefice is an Assistant Professor at the Department of Molecular Biology at Massachusetts General Hospital. Her lab studies the development and function of neural circuits that mediate our sense of touch and sensations from the gastrointestinal system and how these circuits are altered in developmental disorders including autism spectrum disorder. Dr. Orefice received her PhD from Georgetown University and completed her postdoctoral studies at Harvard Medical School.

For information on the 2022 NYSCF – Robertson Investigator awards, see here.

About The New York Stem Cell Foundation Research Institute
The New York Stem Cell Foundation (NYSCF) Research Institute is an independent non-profit organization accelerating cures and better treatments for patients through stem cell research. The NYSCF global community includes over 200 researchers at leading institutions worldwide, including the NYSCF – Druckenmiller Fellows, the NYSCF – Robertson Investigators, the NYSCF – Robertson Stem Cell Prize Recipients, and NYSCF Research Institute scientists and engineers. The NYSCF Research Institute is an acknowledged world leader in stem cell research and in the development of pioneering stem cell technologies, including the NYSCF Global Stem Cell Array®, which is used to create cell lines for laboratories around the globe. NYSCF focuses on translational research in an accelerator model designed to overcome barriers that slow discovery and replace silos with collaboration.