How can we overcome the numerous challenges in treating women’s reproductive cancers?

Hear from our panel of experts Ursula Matulonis, MD, Sohrab Shah, PhD, and Laura Andres-Martin, PhD, on how the latest advances in cancer and stem cell research are now being applied to develop precision therapies for women with reproductive cancers. This discussion was moderated by NYSCF’s Raeka Aiyar, PhD. 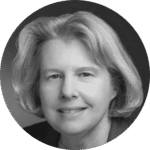 About Dr. Ursula Matulonis (Chief and Director of the Division of Gynecologic Oncology, Dana-Farber Cancer Institute) 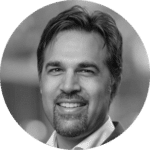 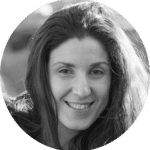 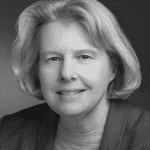 Dr. Matulonis has led several PARP inhibitor, anti-angiogenic agent, immunotherapy, and combination trials for ovarian cancer in the United States and internationally. Dr. Matulonis serves on the Massachusetts Ovarian Cancer Task Force, chairs the Gyn subcommittee of the Alliance cooperative group, and the Scientific Advisory Board for the Ovarian Cancer Research Alliance, the Rivkin Foundation, the Clearity Foundation, and Overcome. She has received the Dana-Farber Dennis Thompson Compassionate Care Scholar award, the Lee M. Nadler “Extra Mile” Award, the Clearity Foundation award, the Zakim Award at Dana-Farber for patient advocacy, and recently in 2020, the Albany Medical College Alumni Association Distinguished Alumna Award. She has been named one of Boston’s Best Physicians in Medical Oncology by Boston Magazine numerous times. Dr. Matulonis is also a recipient of grant funding from the Breast Cancer Research Foundation examining differences between ovarian cancer, endometrial cancer and breast cancer.

After receiving her MD from Albany Medical College, she completed an internship and residency at the University of Pittsburgh, followed by a medical oncology fellowship at Dana-Farber Cancer Institute in Boston, MA. 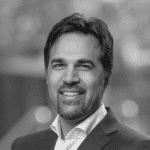 Dr. Shah is the Chief of Computational Oncology in the Department of Epidemiology and Biostatistics. Dr. Shah received a PhD in computer science from the University of British Columbia in 2008 and developed his research program in computational biology at BC Cancer Agency and the University of British Columbia starting in 2010. His research focuses on developing and using computational methods to understand cancer evolution and treatment response. This encompasses advanced machine learning and Bayesian statistical methods to analyze and interpret large-scale datasets in cancer research. At MSK, Dr. Shah is building new and innovative capacity in computational methods across the spectrum of data-intensive research activity. This includes multimodal data integration such as genomics and imaging, high-resolution single-cell genomics, and transcriptomics. His translational focus lies in breast cancer and ovarian cancer, in which he has pioneered discovery of prognostic mutational signatures and has conducted large-scale studies of mutational landscapes and evolution of these cancers. Dr. Shah is a former Canada Research Chair, is a Komen Scholar, and holds the Nicholls-Biondi Endowed Chair in Computational Oncology at MSK. 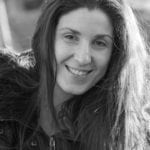 Laura Andres-Martin received her PhD from the University of Salamanca in Spain. She then worked as a postdoctoral fellow at Weill Cornell Medicine, focusing on neurodegenerative disorders and adult stem cell biology. In 2015, she was awarded a NYSCF – Druckenmiller Postdoctoral Fellowship. She now leads NYSCF’s women’s reproductive cancer program, where her research is focused on applying stem cell technologies to create a ‘living biobank’ of patient-specific tumor samples as a route to developing advanced diagnostics, understanding cancer genetics, and selecting more effective, personalized therapeutics. 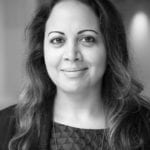